NOTAM stands for Notice To Airmen and is used to warn pilots of hazards or restrictions put in place. In the case of the Hamilton Airshow it is used to inform pilots that the airspace around Hamilton airport (CYHM) will be restricted and that they need special permission to enter. You can find the NOTAM on AWWS and currently it reads:

The area centred at CYHM with a radius of 7NM (approximately 13km) is restricted up to 6,000 feet above sea level. To operate an aircraft in this area you must obtain permission from Airshow Control or ATC (contact information above). The NOTAM (and thus the restriction in airspace) is in place on the following days:

I’ve plotted the area covered by this NOTAM on a map to give you an idea of location and extent of the restricted airspace. 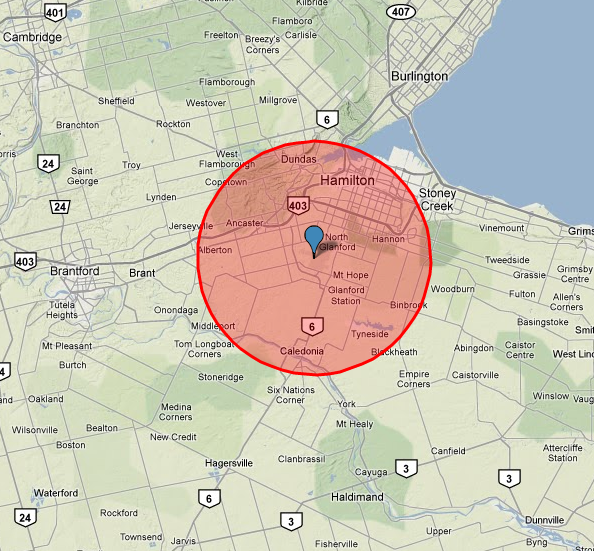 Less than four days to go until the airshow!

Note: the information above is current as of June 14, 2011 at 8:30 AM EST and will not be updated. Do not rely on it for navigation. It is meant as general information only.